Delayed Sleep Phase Syndrome is a chronic sleep condition that is similar to jet lag. It is sometimes referred to as DSPS or called phase lag syndrome and is one type of circadian rhythm disorder. The condition is a sleep disorder and is one of the more commonly found complications of a person's sleep to wake pattern.

In people who have DSPS, their internal biological clock is not synchronized with the environment around them. For most of these patients, the body is unable to fall asleep at normal times and they stay awake longer than most. Individuals often have a difficult time falling asleep prior to 2 a.m. to 3 a.m. They have extreme difficulty getting up earlier than 7 a.m. as well. Going to bed early does not help them fall asleep earlier since their internal clock lacks synchronization.

Individuals facing DSPS need a full seven to eight hours of sleep per night. Since most rarely get this amount of sleep, they often suffer from a number of complications including poor attendance at work or school, lower grades, and the inability to hold down daytime work. Additionally, the lack of sleep can lead to health problems.

Many people suffering from DSPS believe they are suffering from insomnia, but this is not the case. Their body is able to sleep, but they often don't due to external factors. Insomnia patients are unable to sleep at any time of the day or night for long periods.

Doctor's do not know what causes some people to be "night owls" as they are often referred to. They believe that Circadian rhythms are out of line in people who suffer from DSPS. Circadian rhythms control the internal biological clock and regulate the sleep wake pattern of each person.

Symptoms of DSPS include:

Sufferers of DSPS can get help. In some cases, adjusting work and school to be later in the morning or afternoon can be beneficial. While lifestyle changes can help cope with the problem, there are also treatment options available. 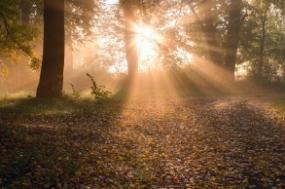 Additional help and information about DSPS is available at: