Seeing a snake appear in your dream is a common dream symbol. There are different interpretations for dreams about snakes. Paying attention to other context clues can help you understand why you're dreaming about serpents.

When a snake appears in a dream, it can have both positive and negative meanings. While there are standard ways to interpret snakes in dreams based on the collective consciousness, personal and cultural influences can cause the meaning to vary based on how snakes are viewed on a personal or cultural level. For example, if the dreamer is afraid of snakes, then when a snake appears in a dream it is unlikely the interpretation will be positive. However, if someone owns a snake as a beloved pet, chances are the interpretation of the snake will be a positive one. With that in mind, there are several general interpretations for when snakes appear in dreams, and you'll need to look to your own personal feelings and experiences with snakes as well as your cultural understanding to arrive at the interpretation that works for you.

Sigmund Freud also believed dream symbols held power. In Freud's case, he felt snakes in dreams represent the male phallus and therefore tell the dreamer something about sexual desires of which they are unaware.

Snakes can be secretively dangerous. Think about the cultural stories of someone coming upon a snake and not realizing it is there, only to be bitten by the venomous creature. Therefore, when you dream of a snake, it might represent a hidden threat or danger in your waking life of which you are consciously unaware.

In the Christan and Jewish faith, a serpent plays a key role in the Fall of Man story found in Genesis in which a serpent tempts Eve with forbidden fruit from the Tree of Knowledge. In the story, the snake represents the trickster archetype, acting as a catalyst of change. When snakes appear in dreams, they may be a representation of the trickster, suggesting that someone or something in your life is serving as a catalyst for change. Snakes in dreams can also suggest that you are afraid or subconsciously aware someone in your life is deceiving you. 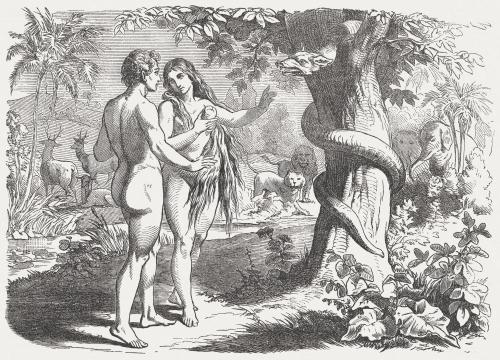 Snakes shed their skins and grow new ones, and this transformation gives rise to the next possible interpretation of snakes in dreams. This is one of the more positive interpretations of dreaming about a snake, so if you like snakes or if the dream feels positive, then what the snake in your dream may indicate is that you are moving into a time of personal transformation.

In the United States, snakes appear in two symbols of the medical profession, the Caduceus and the Rod of Asclepius. The apparent healing power of the snake as it sheds and regrows skin and goes into periods of inactivity only to reawaken again are likely reasons serpents became central on these two healing symbols. Regardless of how it happened, though, due to this association with medical and healing symbols, snakes appearing in dreams can represent healing and/or renewed health and regeneration.

When a Snake Bites You in a Dream

Understanding the Meaning of Snakes in Dreams

While serpents in dreams can have various meanings, understanding your own personal associations with snakes is a great way to start. Next, look to how you feel in the dream. By paying attention to these two things and also looking at the possible interpretations of snakes in dreams, chances are you'll arrive at an accurate understanding of what your dream is telling you.